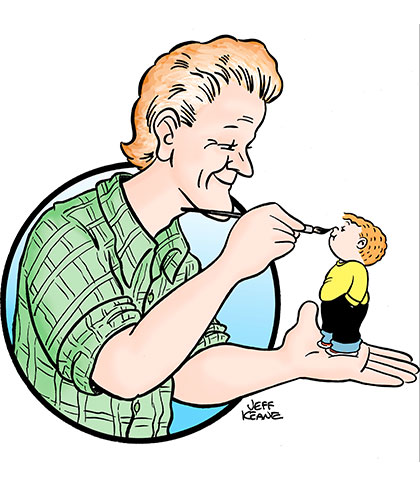 The inspiration for Little Jeffy in his father's beloved comic, Jeff took over the reins on "Family Circus" following Bil Keane's death in 2011.

Jeff was born in 1958. Two years later, his father Bil Keane started chasing him around begging him to do something funny. So began his career as a cartoon model for “The Family Circus.” He now authors that comic, which appears daily in nearly 1,400 newspapers worldwide, making it the most widely syndicated panel in America today.

Raised in Arizona, Keane moved to California to attend USC where in 1980 he received his BFA in Drama. After graduation, in an attempt to have a freer schedule for auditions, etc., he returned to his cartoon roots and began to assist on the feature. Jeff started out just answering mail and compiling books but, through years of his father’s guidance, has taken over the feature and is responsible for all aspects of creating the daily cartoon (writing, penciling, inking, coloring).

Jeff lives in Laguna Hills where he chased around his own three cartoon characters (Spencer, Matilda and Olivia) begging them to do something funny. So “The Family Circus” keeps going around in circles.

The Family Circus comes to the Beach
Saturday, May 18 - 1:00 pm
Pier Plaza
Free! 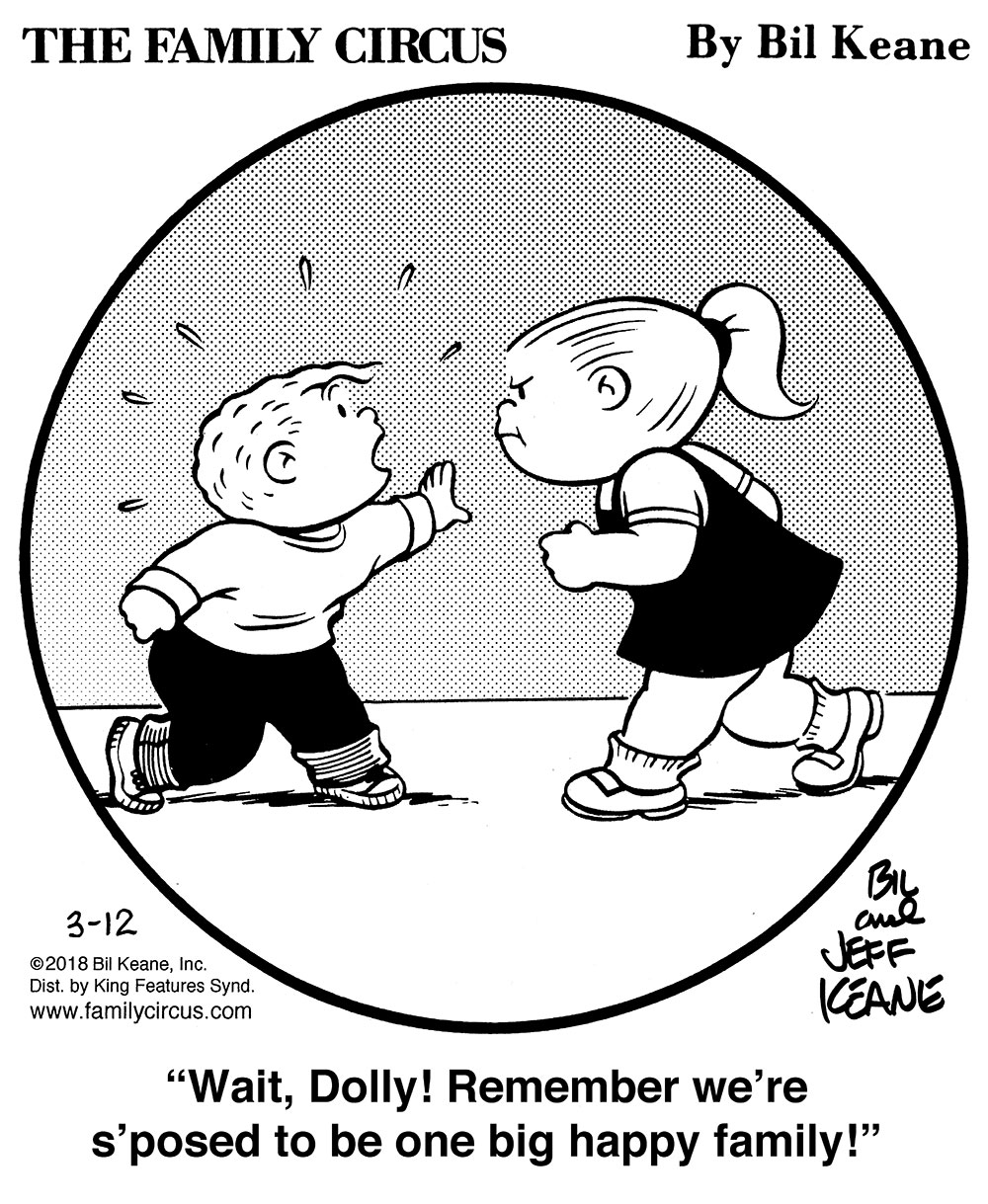