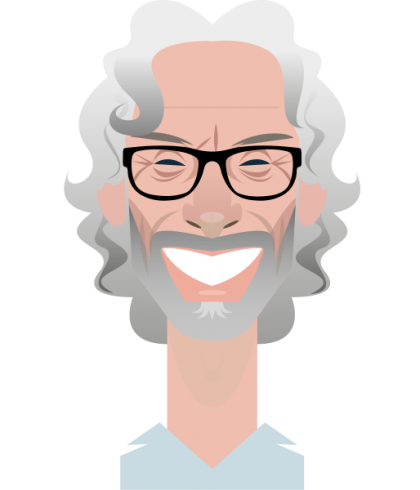 After two decades as cartoon editor for "The New Yorker," Bob Mankoff was named Cartoon and Humor Editor for "Esquire" in 2017. He launched launched CartoonCollections.com the following year.

Cartoon and Humor Editor for Esquire and former New Yorker Cartoon Editor, Bob Mankoff believes that “being funny is being awake,” and has successfully kept us all wide-awake for forty years. A student of humor and creativity, Mankoff has devoted his life to discovering just what makes us laugh, and seeks every outlet to do so, from developing The New Yorker’s web presence to integrating it with algorithms and A.I.

In 2018, Mankoff launched CartoonCollections.com, a new spin on the Cartoon Bank, the world’s most successful cartoon licensing platform that he founded in 1992. At Cartoon Collections, Bob has brought together not only cartoons from the New Yorker, but also never-before unavailable cartoons from National Lampoon, Esquire, Playboy, Barron’s and many more to create the largest cartoon licensing source on the planet.

Joining Esquire in April 2017, Mankoff is reviving the magazine’s legacy of satire and humor in a newly appointed role, editing humor pieces, providing story ideas, and even drafting cartoons himself. While fostering in a new generation of humorists and cartoonists, Mankoff brings his distinctive wit and flair to the most-honored monthly magazine in America.

Twenty years as cartoon editor for The New Yorker, Mankoff pored over literally thousands of submissions; analyzing, critiquing, and selecting each cartoon, he mentored cartoonists, new and old, towards the laughs readers expect. In 2005, he helped start the “New Yorker Cartoon Caption Contest.” With 5,000 reader submissions a week and over 2.5 million entries to date, Mankoff partnered with Microsoft and Google Deep Mind to develop algorithms to help cull the funniest captions.

Mankoff’s career started, unexpectedly, by quitting a Ph.D program in experimental psychology at The City University of New York in 1974. Shortly after, he began submitting cartoons to the New Yorker. Three years and over 2,000 cartoons later, he finally made the magazine and has since published over 950 cartoons.

His story and day-to-day at the magazine were the focus of the 2015 HBO documentary Very Semi-Serious. In addition to appearances on 60 Minutes and Charlie Rose, Bob was the host of New Yorker web series “The Cartoon Lounge.”

How About Never – Is Never Good For You?: My Life In Cartoons, Bob’s New York Times bestselling memoir, was published in 2014. The Washington Post said, “Mankoff’s deep understanding of humor, both its power and its practice, is the live wire that crackles through his book.”

Most recently, he edited the massive two-volume The New Yorker Encyclopedia of Cartoons: A Semi-serious A-to-Z Archive. The collection includes nearly 10 decades worth of New Yorker cartoons selected and organized by subject with insightful commentary by Mankoff.

Author of numerous books including The Naked Cartoonist: A New Way to Enhance Your Creativity, Bob has taught classes at Swarthmore, Fordham, and led workshops on the creative process. Working with comedy writer Jamie Brew, he is also developing Botnik Studios, a company that utilizes A.I. to enhance human creativity and humor. 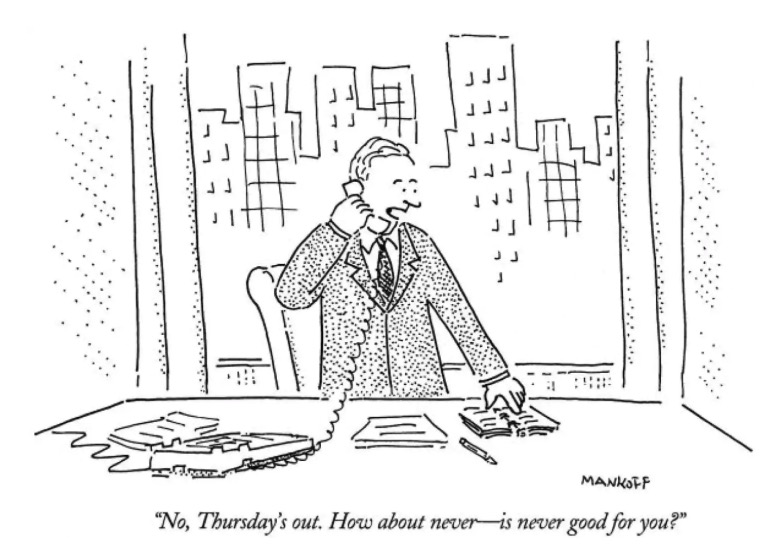 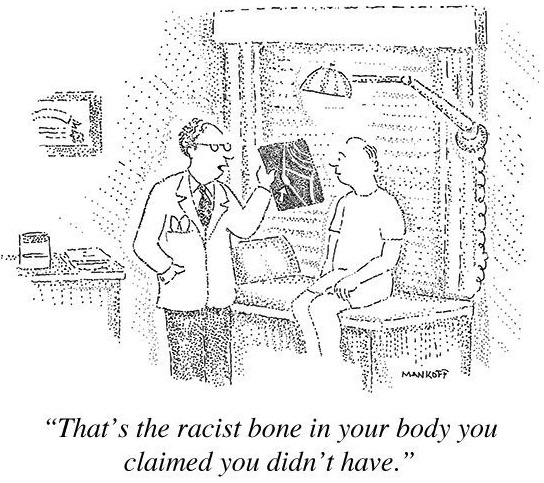 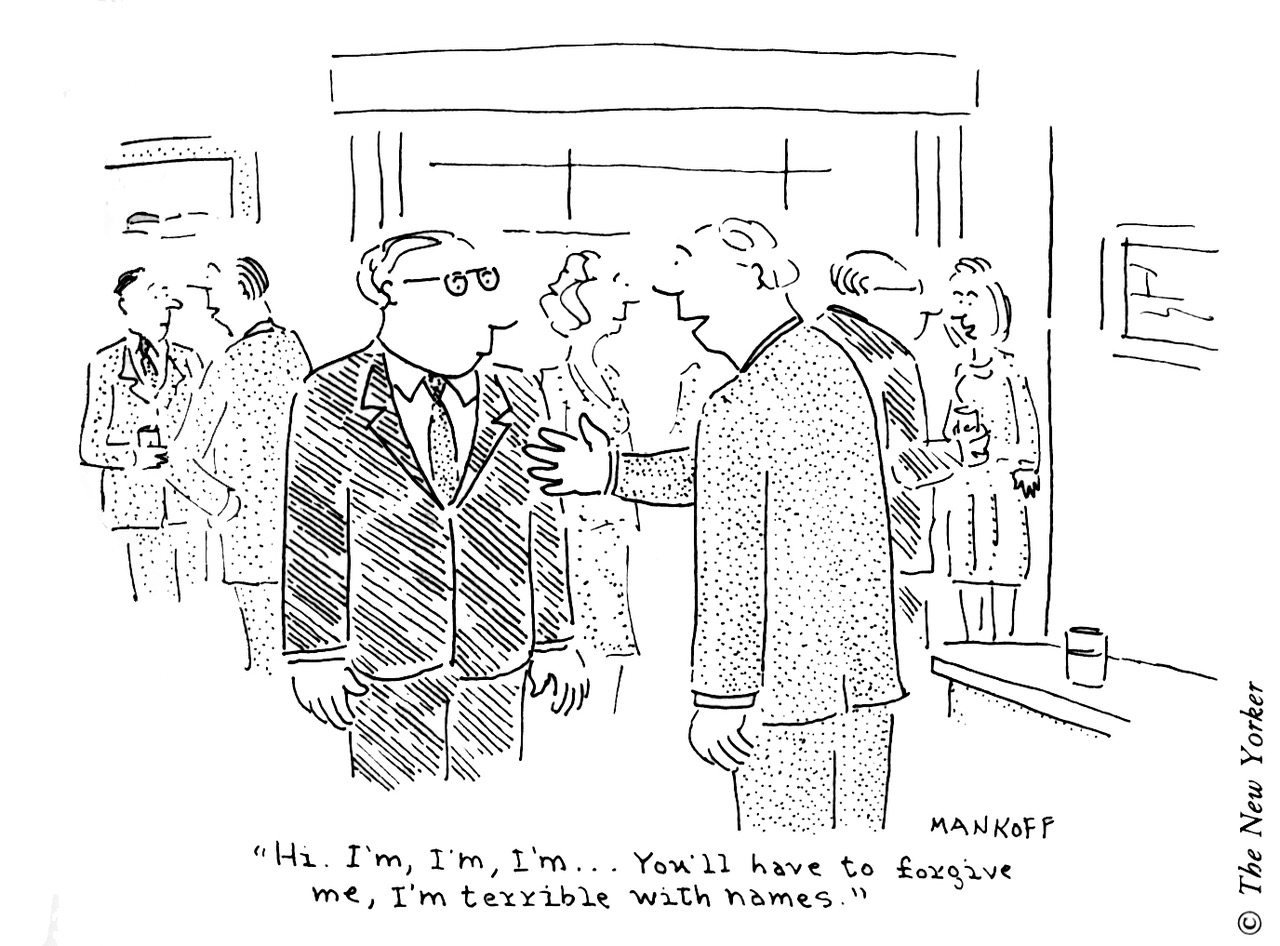