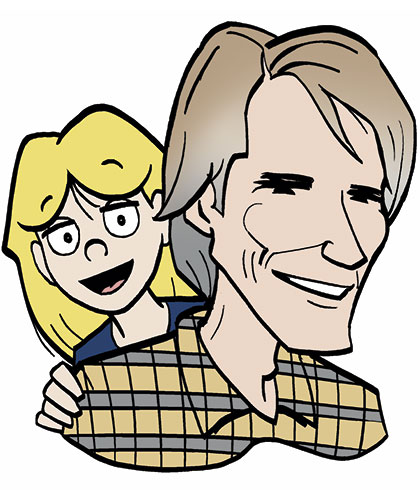 The Reuben Award winner once made his living as a Robot wrangler!

Greg Evans grew up near Disney Studios in Burbank, Calif. As a kid, he rode his bike to the gate, hoping Walt might need a 7 year old animator. Oh well.

Greg ended up teaching high school art in El Centro, Calif., then, with his wife Betty, taught in Australia for two years. After a journey through Asia and the Middle East, they settled in Colorado Springs to begin a family. Greg worked as a cameraman then corporate promotions manager for KRDO TV/Radio.

Missing his native California, Greg bought a robot (no joke) and the Evans family moved to San Diego, where Maxwel The Robot was hired to entertain at parties, conventions and fairs. Greg also began a mail-order comic business, selling school-themed strips to school newspapers. Since college, Greg had been submitting comic strip ideas to syndicates, hoping to be as successful as his hero, Charles Schulz. Oh, well.

Finally one day in 1984, inspiration struck as he watched his 6 year old daughter, Karen, play dress-up. Greg immediately began writing a strip about an adventuresome, funny teen girl and this, at last, was the one that clicked; LUANN debuted in 74 newspapers in 1985. Since then, the cast of characters has evolved and grown, becoming adventuresome, funny young adults.

In 2003, Greg received the National Cartoonists Society Reuben Award for Outstanding Cartoonist Of The Year. And in a perfect case of “full-circle,” Karen, the original LUANN, is now helping her dad write the strip! 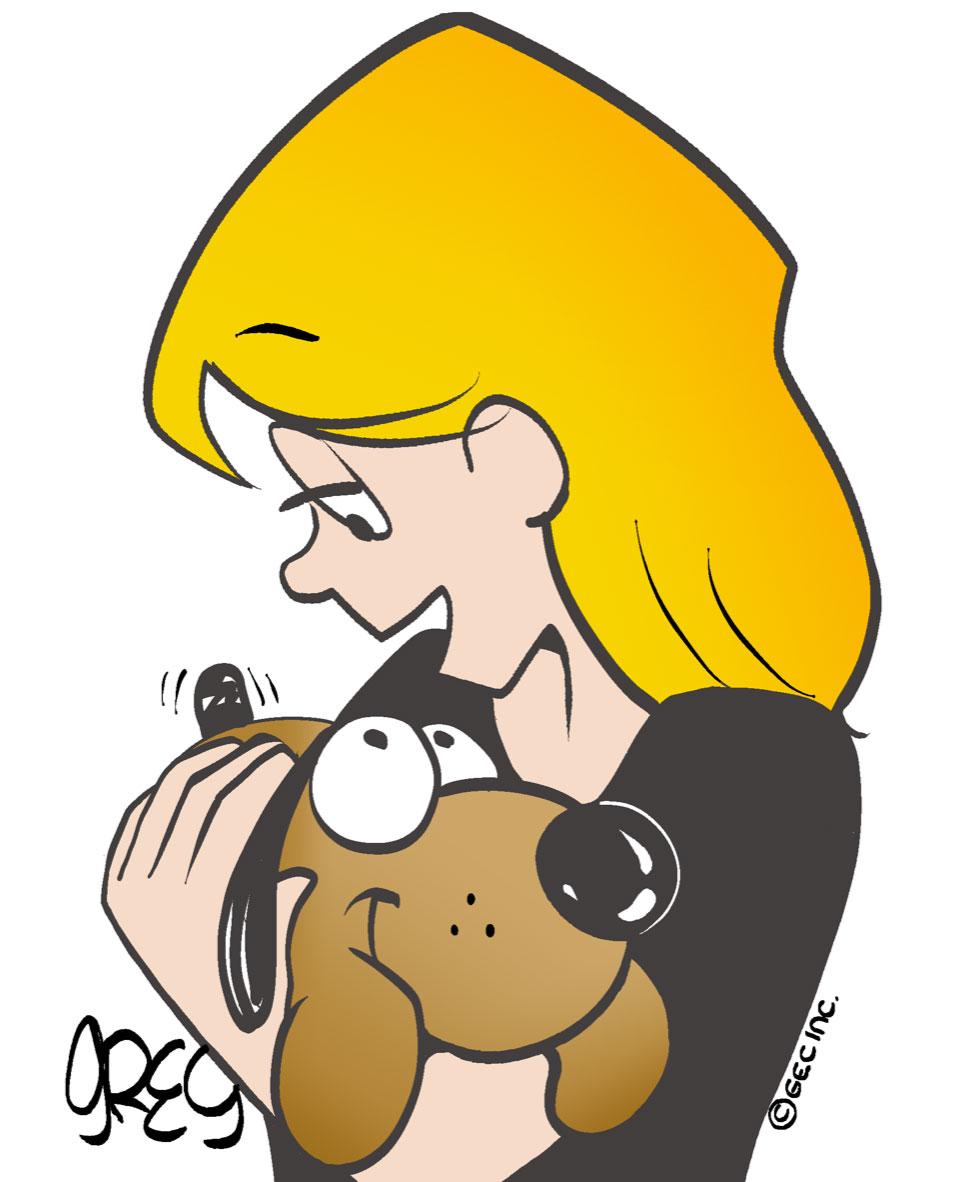