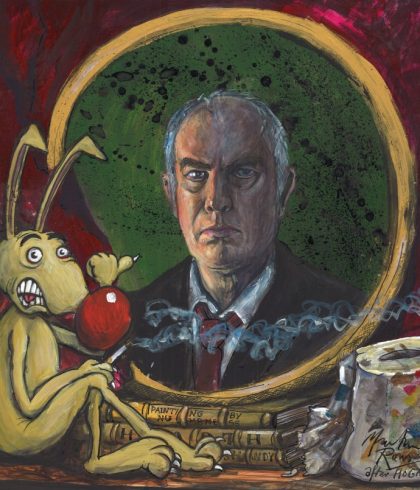 Martin Rowson is a multi-award winning editorial cartoonist, illustrator, graphic novelist, writer & poet whose work over the past 4 decades has appeared regular in The Guardian, The Times, The Daily Mirror, The Independent on Sunday and many other newspapers and magazines in Britain and around the world. His publications include comic book adaptations of T S Eliot’s The Waste Land, Laurence Sterne’s The Life and Opinion’s Of Tristram Shandy, Gentleman, Jonathan Swift’s Gulliver’s Travels and The Communist Manifesto, by Karl Marx and Frederich Engels. Amongst several other things, he is also currently working on an updated version of Hans Holbein’s The Dance of Death. 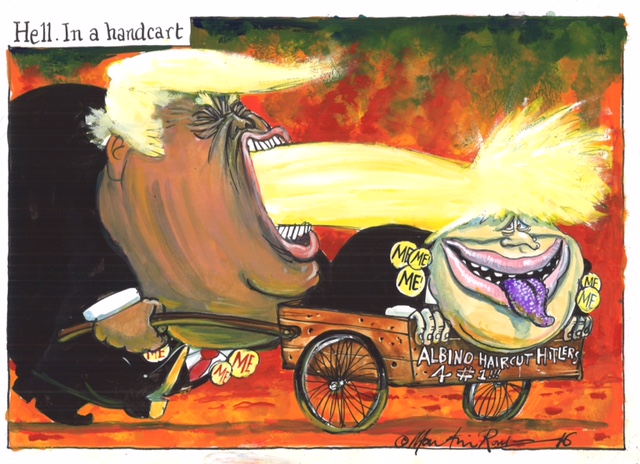 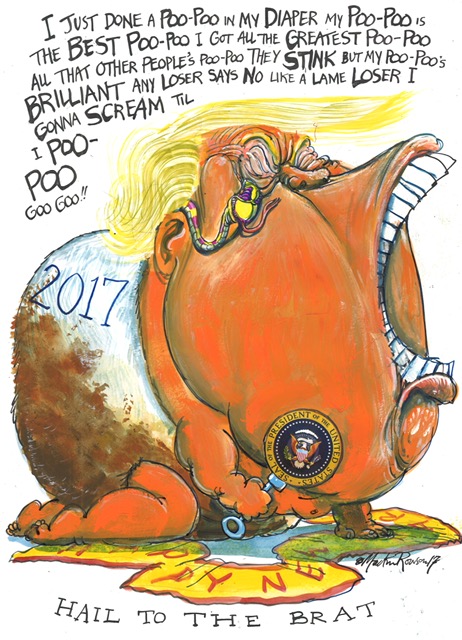 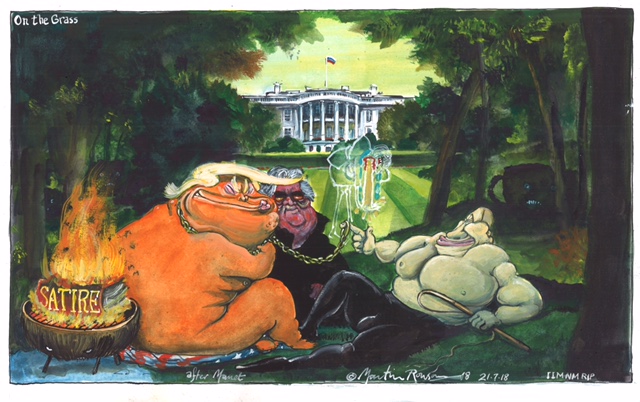 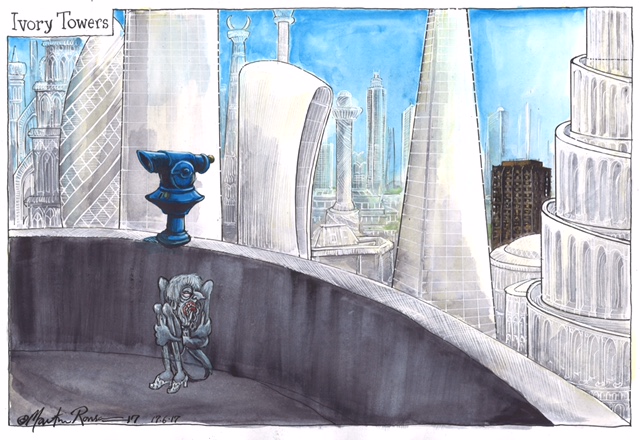