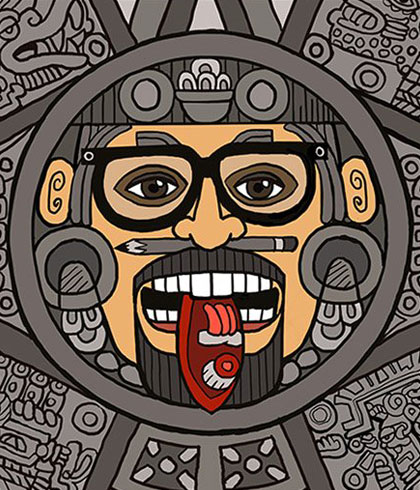 Creator of the syndicated comic strip "La Cucaracha," award-winning editorial cartoonist and acclaimed author Lalo Alcaraz made to transition to animation with his work on the tv show "Bordertown" and the hit movie "COCO." He is currently working on the upcoming “Los Casagrandes” for Nickelodeon TV.

Lalo Alcaraz is an award winning political cartoonist and television/film writer based in Los Angeles who has been chronicling the ascendancy of Latinos in the US for over a quarter century. This Chicano artist is the creator of the syndicated daily comic strip, “La Cucaracha” as seen in the L.A. Times and other papers nationwide.  A prolific political cartoonist, Lalo is winner of five Southern California Press Awards for Best Editorial Cartoon, and was an editorial cartoonist for The LA Weekly from 1992-2010 and now creates editorial cartoons in English and Spanish for Andrews McMeel Syndication Daily Kos and various newspapers, including Philadelphia’s Al Dia News. His work has has appeared on 60 Minutes, CBS News, NBC and Univision and hundreds of publications. Lalo’s graphic novel and cartoon books include the upcoming “Show Me Your Papers”, the New York Times Bestseller “A Most Imperfect Union” (2014 Basic Books), “Latino USA: A Cartoon History, 15th Anniversary Edition” (2012 by Basic Books), “Migra Mouse: Political Cartoons On Immigration, (2005) “La Cucaracha.” (2004)  Alcaraz was a writer and producer on the animated TV show “Bordertown” which ran one glorious season on Fox TV. He served as Cultural Consultant (and a voice) on the Oscar-winning Day of the Dead-themed Pixar movie “COCO.” He currently works as a producer and consultant at Nickelodeon TV on the newly greenlit Latino-themed animated series titled “Los Casagrandes”. Alcaraz is the co-host of KPFK Radio’s satirical talk show, “The Pocho Hour of Power,” heard on L.A.’s  Pacifica station KPFK 90.7 FM. Lalo is a former illustration faculty member of Otis College of Fine Art & Design in Los Angeles. He is a graduate of San Diego State University (BA in Art) and UC Berkeley (Master’s in Architecture).

Lalo was born in San Diego, California to Mexican immigrant parents via Tijuana, Sinaloa and Zacatecas. He is married to a public school teacher and they have three artistically talented children. 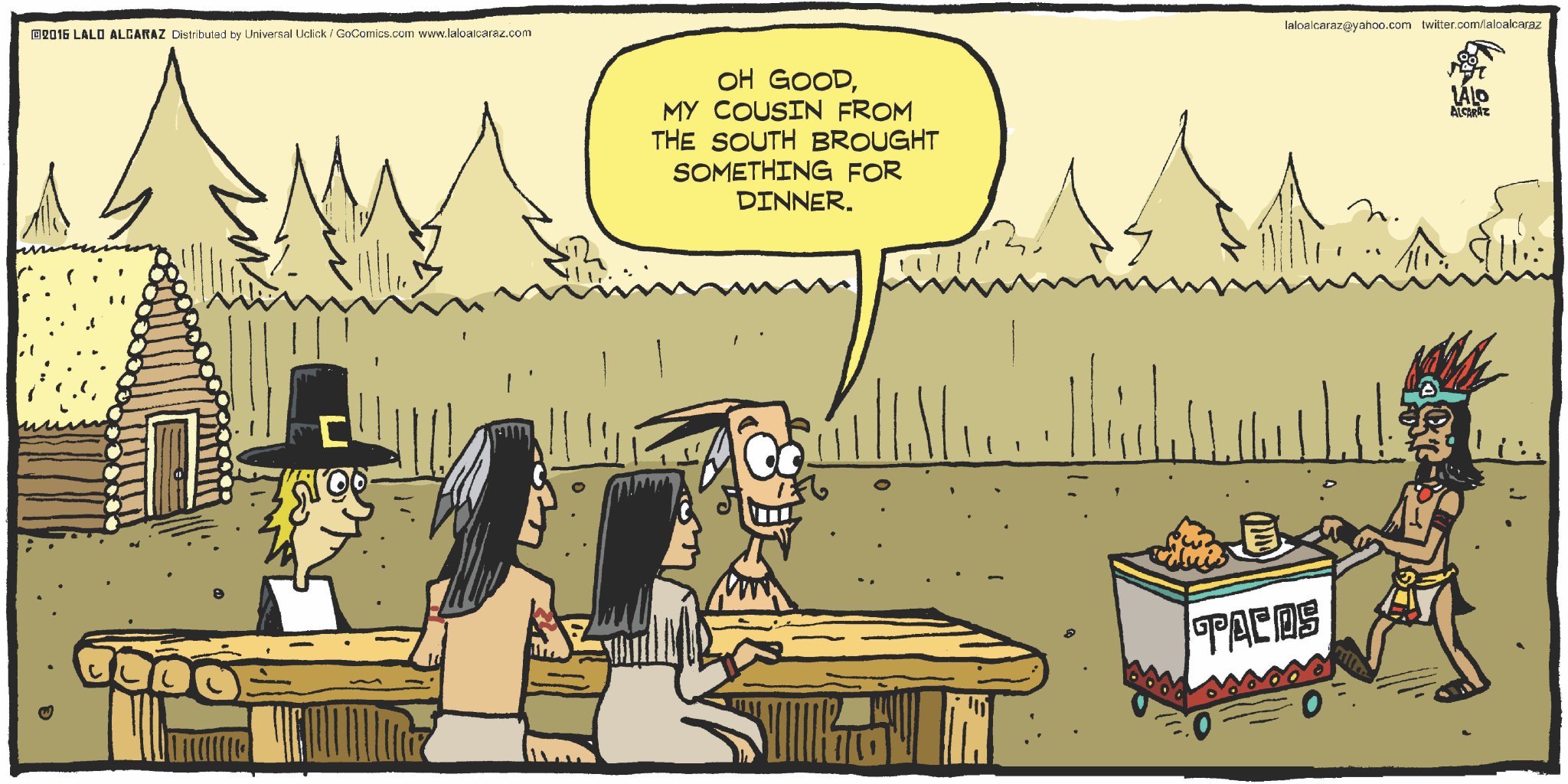 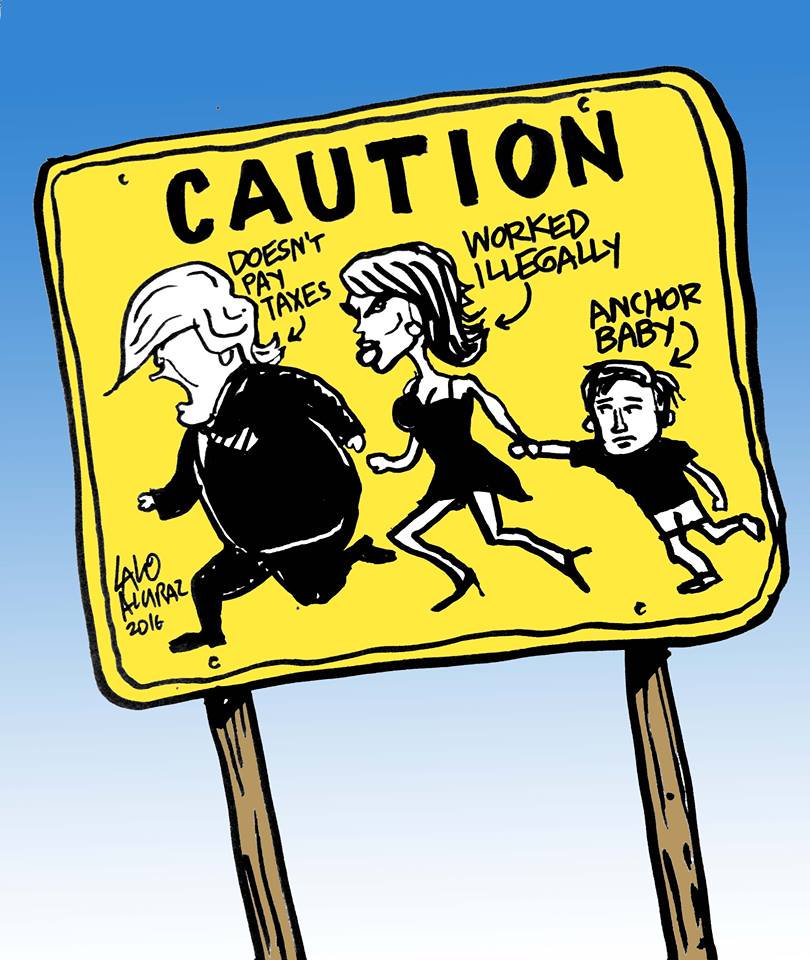 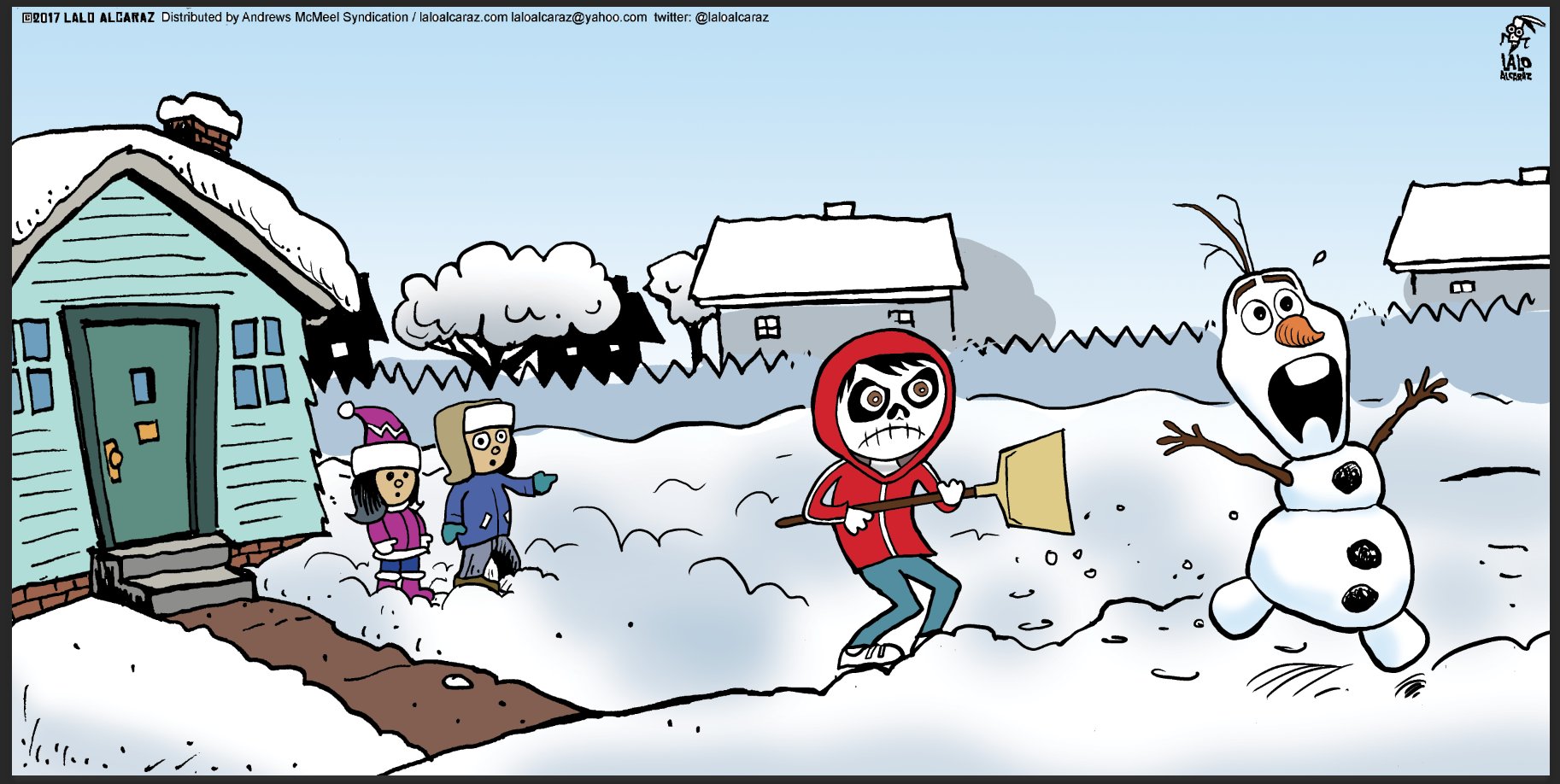