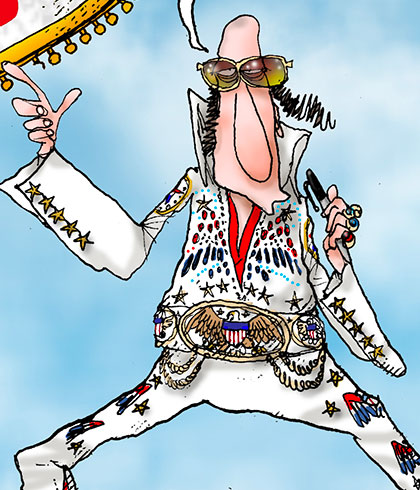 Reuben Award and two-time Pulitzer Prize winner whose first love was surfing the waves in his native Southern California, making him a particularly well-qualified guest for a cartoon festival in Huntington Beach!

Michael Ramirez is a two-time Pulitzer Prize winner (1994 and 2008), winner of the prestigious Reuben Award, and a three-time Sigma Delta Chi, Society of Professional Journalism Award winner and the editorial cartoonist for the Las Vegas Review-Journal.

Michael is the recipient of the prestigious UCI Medal and a graduate from the University of California, Irvine. He is the author of two books, Everyone Has the Right to My Opinion and, “Give Me Liberty or Give Me Obamacare.”

“An editorial cartoon is not just a funny picture,” says internationally known editorial cartoonist Michael Ramirez, “It is a powerful instrument of journalism, sometimes sharp and refined, its message cutting quickly to the point, and other times, blunt and overpowering, seizing the readers’ attention with its dark imagery.”

In a world of textual information, Ramirez combines an encyclopedic knowledge of the news with a captivating drawing style to create consistently outstanding and highly incisive satirical cartoons. His commentary on everything from the economy and markets to politics and international affairs offers a unique perspective on today’s issues. They take a humorously insightful look at the world around us, making readers laugh while informing them on the issues of our times.

Michael Ramirez’s work is seen in newspapers and magazines around the globe through Creators Syndicate. Ramirez is a weekly contributor to the Daily Signal. He was a member of the A-Team on the “Lou Dobbs Tonight” show on the Fox Business Network and has appeared on CBS Sunday Morning, CNN, CNN International, Fox News, Fox News Sunday, America Live, Sunday Morning Futures with Maria Bartiromo, Fox Business, Mornings with Maria, The Lou Dobbs Show, C-Span Q&A, BBC Television, BBC Radio, NPR, and was a regular on the News Hour with Jim Lehrer.

The former editorial cartoonist for the Los Angeles Times and former Senior Editor and Editorial Cartoonist for Investor’s Business Daily, Ramirez’s cartoons have been featured on CNN, Fox News, Fox Business, The Bill O’Reilly Show, and The Rush Limbaugh Show. His work can be seen in such publications as the New York Times, USA Today, the Washington Post, the Washington Examiner, the New York Post, Time Magazine, National Review and US News and World Report. Ramirez co-managed the editorial pages at Investor’s Business Daily and is a highly acclaimed international speaker. His work is featured daily online at: www.reviewjournal.com/opinion/ and michaelpramirez.com, on Facebook under Michael Ramirez-Political Cartoonist and on Twitter @Ramireztoons. 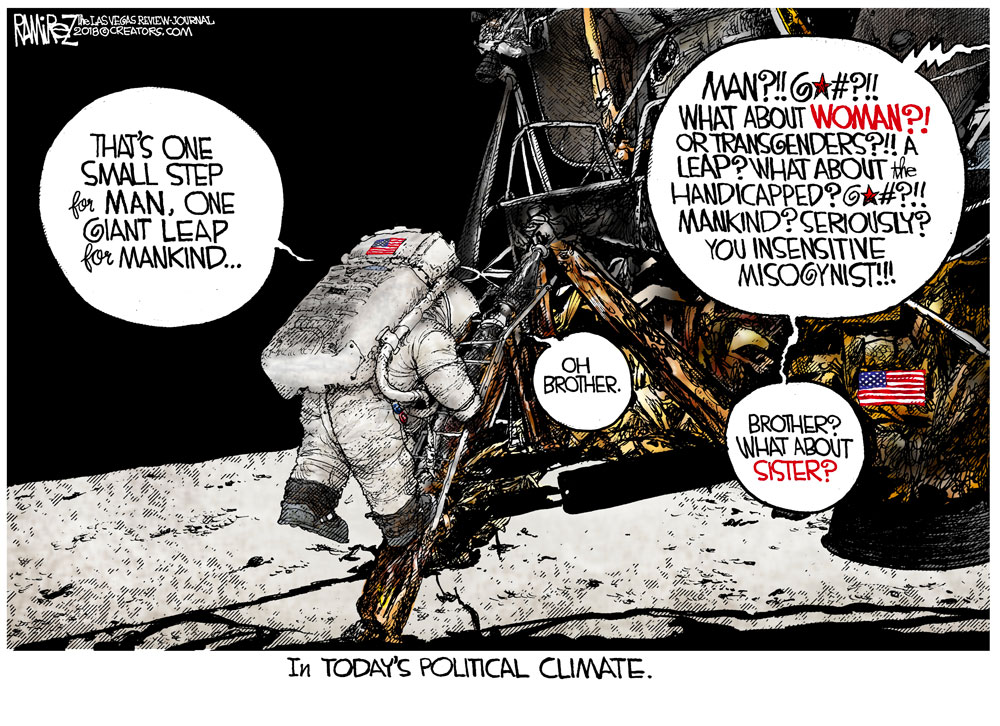 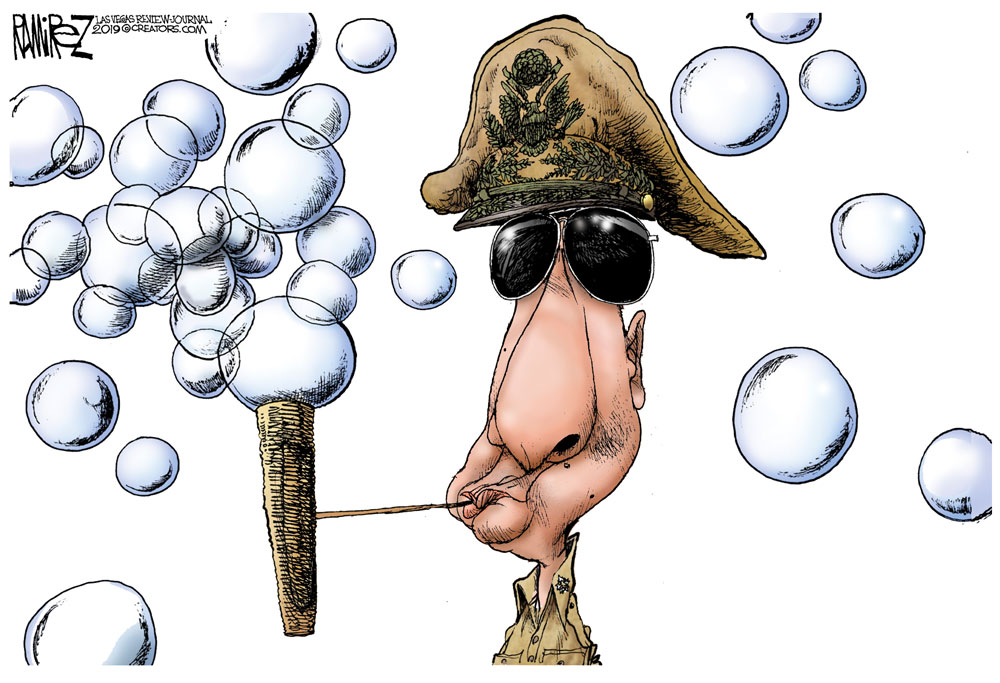