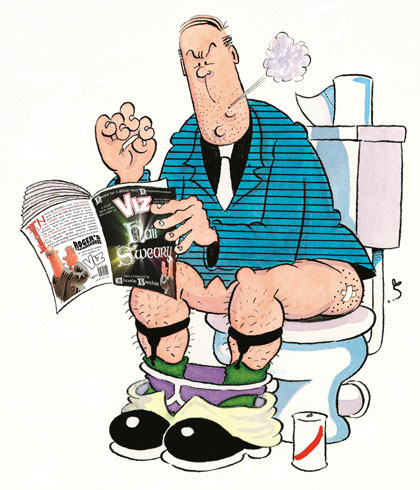 A vulgar, bawdy British institution, at the height of its success VIZ comic was selling 1.2 million copies per issue! Simon Thorp and Graham Dury have been the creative culprits at the helm for three decades!

Born in 1965 to simple coal mining folk, Simon Thorp attended grammar school in Pontefract, winning the Rev. JJ Christie Prize for the most outstanding boy in the first year. He went on to spend 3 years studying fine art at a world famous and prestigious university, the name of which escapes him. He sold his first cartoon to Punch in 1983, and his last cartoon to the same magazine at the same moment. He has a wife and three children, the names of whom escape him.

Born in 1962, Graham Dury, 36, studied botany at Nottingham and Leicester Universities before throwing away a glittering career in research science to draw men with space hopper-sized testicles. Had he not been sidetracked, he would almost certainly have won a Nobel prize for plant genetics, possibly two. He is now pinning his hopes on the Nobel Committee instituting a new prize for drawing men with space hoper-sized testicles. He is married with about three children. 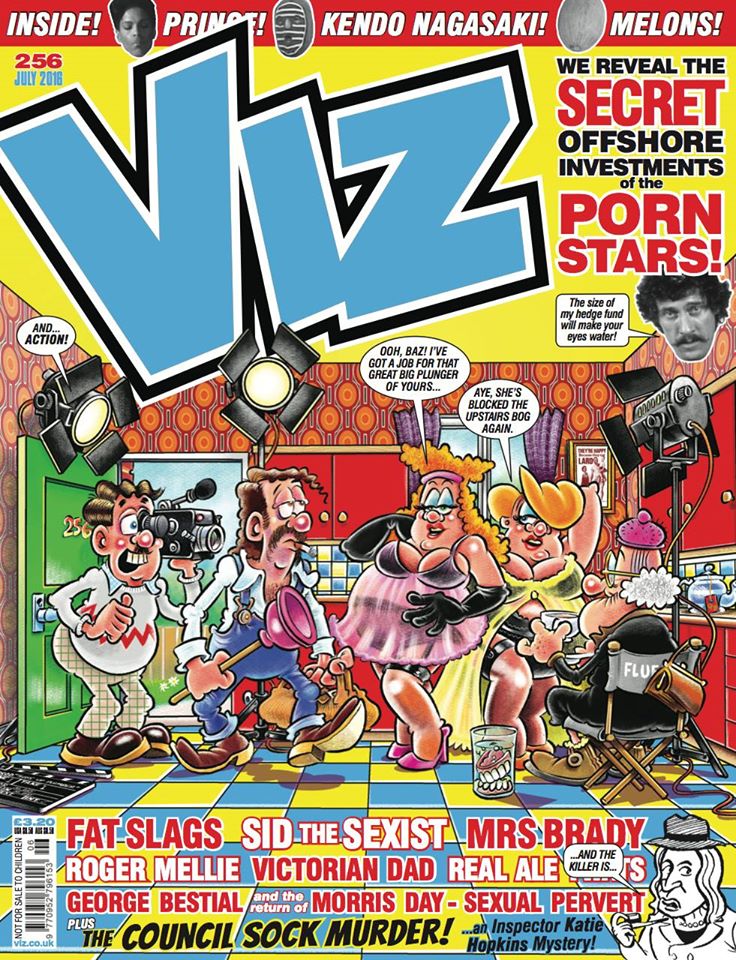